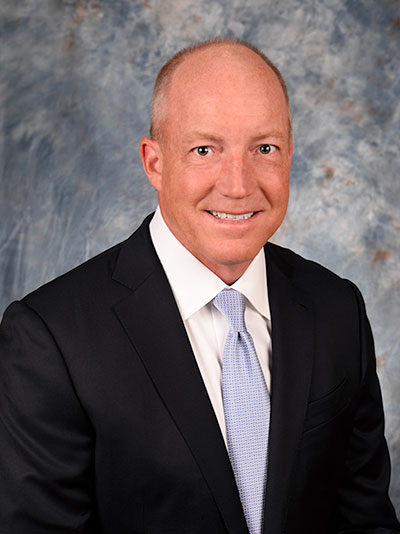 Peter Collins is Co-Founder and Managing Principal of Forge Capital Partners, LLC ("Forge").  Peter directs all private equity activities for Forge and is the CEO of Forge's real estate private equity fund business. Over the last 20 years, Mr. Collins has overseen more than $1.5 billion of real estate and corporate transactions including over eight million square feet of commercial and residential real estate development/acquisitions/dispositions.

Prior to co-founding Forge, Peter spent 5 years a Managing Director with Rock Creek Capital, located in Jacksonville, Florida. At the time, Rock Creek was one of the Southeast's largest corporate private equity firms and backed several successful companies across the United States. Additionally, Rock Creek was involved in large land acquisitions and developments as well as the timber investment business having co-founded a TIMCO focused on the southeast United States.

Prior to joining Rock Creek, Peter served as a Manager with the Florida State Board of Administration (Florida's Public Pension Fund) in Tallahassee, Florida. During this time, Mr. Collins was directly engaged with major economic issues involving the State of Florida Retirement Trust Fund, Florida Hurricane Catastrophe Fund, The Florida Division of Bond Finance and The Department of Treasury.

Prior to joining the Florida State Board of Administration, Peter served four years as Chief of Staff to Florida State Senator Charles Williams. In this capacity, he was regularly involved with major economic and social issues impacting the State of Florida.

Peter is a member of the Urban Land Institute and the International Council of Shopping Centers.  Peter is a Trustee of the Florida State University (“FSU”) Foundation Board and the Chairman of the FSU Endowment.  In 2010, Peter was appointed by Governor Rick Scott and confirmed by the Florida Senate to the $200 billion State of Florida Pension Investment Advisory Council and recently ended a term as its Chair.  Peter is a member of the Executive Committee of the FSU College of Business Board of Governors. In 2019, Peter was appointed by Governor Ron DeSantis to the Board of the Florida Council of 100.

An Eagle Scout, Mr. Collins is currently the Southern Region, Area 4 (State of Florida) President and member of the Southern Region Executive Board of the Boy Scouts of America (“BSA”).  Peter is a past member of the BSA National Foundation Board of Directors and the former chairman of the BSA National Foundation’s Investment Committee.  Additionally, Peter is the recipient of the BSA’s prestigious Silver Beaver, Silver Antelope and National Outstanding Eagle Scout awards.

Mr. Collins earned his Bachelor of Science in Finance as well as his MBA from Florida State University.  Peter and his wife, Jennifer, live in Tampa, Florida and have four children.  Mr. Collins is an avid golfer, hunter and private pilot.